It has been more than 20 years since Martin Seligman formally launched Positive Psychology (the science of human functioning and flourishing) in 1998 as a way to move away from the perception that psychology only focuses on disorder or negative facets of behavior. Positive Psychology moves the field toward more positive concepts of optimal human functioning, including topics such as well-being, happiness, life satisfaction, optimism, hope, flow, flourishing, mindfulness, positive relationships and more.

Since then, Positive Psychology has experienced exponential growth and momentum among coaches, practitioners, leaders and teachers. Positive Psychology is operationalized through Positive Psychology Interventions (PPIs), tools, assessments and resources, which have been used with coaching approaches (e.g., character strengths, PERMA, gratitude, best possible self exercises and more) as a means of helping clients, groups and teams flourish and thrive. The combination of Positive Psychology and coaching has been commonly referred to as “Positive Psychology Coaching (PPC),” as introduced by Robert Biswas-Diener in 2007.

Currently, there are diverse interpretations of the practice of PPC, ranging from applying positive psychology to coaching approaches, to overlaying coaching with PPIs that are based in science. However, PPC in its current form is missing another element in the equation: the formal inclusion of Coaching Psychology, which can be understood as the science, research and theories that underpin the application of coaching.

Coaching Psychology is also a robust field in its own right, having experienced significant growth since its formal launch in 2000 by Anthony Grant. This growth includes the creation of the Coaching Psychology Unit at the University of Sydney as a response to the frustration of many coaching practitioners about how to apply psychological theories in practice for well-functioning adults.

Why Adopt an Integrated Approach to PPC?

The academic community, researchers and practitioners consider Positive Psychology and Coaching Psychology to be complementary fields because they both focus on well-being, growth and optimal human potential and functioning. As such, there have been calls for their integration within coaching (i.e., a new approach to positive psychology coaching). However, there is currently a lack of a coherent approach to developing such an integration, although there have been attempts to better articulate it to guide practitioners and researchers.

Coaches, practitioners and leaders will then be able to make an even bigger impact on the well-being and prosperity of their clients, teams, organizations and in their own lives.

What are the Benefits of an Integrated Approach to PPC?

This new integrated approach is called “Applied Positive Psychology Coaching” (APPC), and it is the next wave in PPC that will further benefit the science of coaching, as well as help coaches develop further knowledge, skills and tools, experience personal growth and build a sustainable coaching practice.

Other key benefits of APPC include:

Applied Positive Psychology Coaching is an emerging field, and as more and more coaches, practitioners and leaders understand its role in enhancing coaching practices and well-being, this integrated approach will prove to be – and is already proving to be – an integral part of the coaching field.

First published on May 26, 2021, by the International Coach Federation Coaching World. 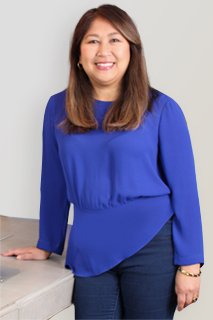 Meriflor Toneatto is a Positive Psychology Coach, an ICF Professional Certified Coach, and the Founder & CEO of the IPPC. After an award-winning 15-year career in the public sector with involvement in major policy initiatives for social impact, human rights and cultural preservation, Meriflor shifted her focus to her personal passion: coaching and transforming lives through the evidence-based positive psychology coaching approach that IPPC teaches and promotes.
PrevPreviousHow the body can be incorporated into your Coaching Practice
Next3 Ways to Capitalize on the Next Wave in Positive PsychologyNext