A Focus on the Benefits of Positive Emotions

Joy is an emotion that makes the heart sing. It is fleeting, only there if you are paying attention to the present moment and so very rewarding. It is like walking on sunshine.

Right now, I am trying to get a research paper published. It is a very niche, qualitative paper that could benefit many veterans who have posttraumatic stress disorder following deployment. However, this week I received my second rejection from a publisher, partly because it is very niche and novel (and therefore more of a risk) and partly because one of the peer reviewers had not understood the methodology.

As I read the rejection, I felt my mood lower as the editor’s words sank in, but I persevered to the end of the email, by which time my mood had soared to new heights – to joy. Before I explain why, I want to focus for a moment on the topic of negative bias.

Most people tend to focus on the things that have gone wrong in life. When talking to new clients, I will often ask them to tell me about themselves. Although some focus on the highs, many will immediately start a narrative of what is not so good about their work, their relationships, or their life in general and cycle back to this narrative in later sessions. This focus on the negative often goes hand in hand with blaming themselves (or others) for their misfortunes and ignoring the part they have played in what is good with their work, their relationships, and their lives. It may even lead to them ignoring those things altogether, dismissing them as ‘luck’ or downplaying the achievement. Although negative bias may be their “go to” thought process, it does not have to be.

Taking an appreciative inquiry approach with clients, by asking what they are proud of, or what has gone well in their week can help turn their focus away from the negative and back to the positive, starting that positive upwards spiral of broadening their outlook on life and building their achievements and hope, which can facilitate their own understanding and creativity in solving their problems.

So back to my problem – the rejection letter. What gave me joy in that?

Well, although one reviewer had not liked the paper, the second reviewer stated that “This is a well written and thought-out manuscript that adds to the literature”. Those words created a feeling of joy, vindicating all the hard work that had gone into the submission and giving me hope that I could get this paper published. Those words also broadened my outlook on how to handle this, opening up the possibility of responding to the editor, with an appeal for a review of the decision based on sound evidence in favour of the methodology used instead of starting the hunt for a new journal to submit to. There was no guarantee it will work but this action increased my personal feelings of self-efficacy.

And so, I found myself singing out loud in my car, feeling like I was walking on sunshine as I savoured those words of support from my reviewer. I was energised. Joy is an emotion you can choose to find in life by being mindful and present, conscious of the effects of negative bias.

My joy increased a thousandfold when an email popped into my inbox the next day. The editor had read my appeal, had reconsidered the decision to reject my paper and invited me to make a revision. So, although the answer is not yet a 100% “YES”, it has moved from a 100% “NO” to a “Let’s look at this, it has promise”. Had I allowed my negative bias to cloud my perspective, and not focused on the joy of the words of the second reviewer I would not be writing these words today. So, what has brought you joy this week? 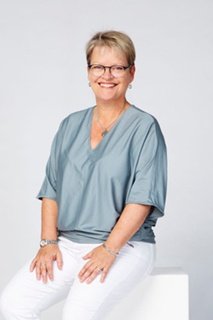 Petra is a passionate and vibrant Positive Psychology Coach, who has worked in Hong Kong, South Korea, Kuwait, Poland, UK and Dubai. In addition to coaching at the IPPC, she is also an Associate Coach at NEO and NSEAD. She is also a researcher, writer and speaker, presenting her research into Posttraumatic Growth, Posttraumatic Stress Disorder and Scuba Diving at international conferences and is currently co-authoring a chapter on Adventure and Posttraumatic Growth for a forthcoming book on Adventure Psychology.
PrevPreviousWhy does Self-Compassion matter in coaching?
Next10 Summer Reading Recommendations from the IPPCNext

Do you want to enrol onto the IPPC program? Please join our mailing list to get notified when new spaces become available.

Do good and prosper